There's nothing quite like PHXAM weekend here in the desert. We look forward to it every year and it just seems to keep getting bigger and better. We kicked things off this time around in Tempe on Friday night to celebrate our 20th anniversary with a #Cowtown20Year Vans shoe release and art show. Vans' Steve Van Doren and his team grilled up free food for everyone while we enjoyed the show and kicked it to some tunes courtesy of Thrasher's Wez Lundry.

Steve Van Doren manning the grill out front of Cowtown's 20 year party in Tempe AZ. Click here for more from the night

Former AZ resident and good pal Neal Shoemaker helped create the Cowtown Sk8-Mid 20 year shoes and we couldn't be more excited with the way these came out! Each pair comes with a limited shirt and bolo tie as well!

The Cowtown 20 Year Sk8-Mid Pro in all their glory

After Friday night came to an end, it was time to get some rest and prepare for the masses waiting for us at the park!

Some of these PHXAM fans camped overnight to ensure they got their PHXAM gift bags and one was there for over 24 hours to ensure he was the First Dude in Line who we hook up for the dedication! These guys got their money's worth Saturday at Qualifiers getting to see over 200 of the world's best ams absolutely killing it all day long. 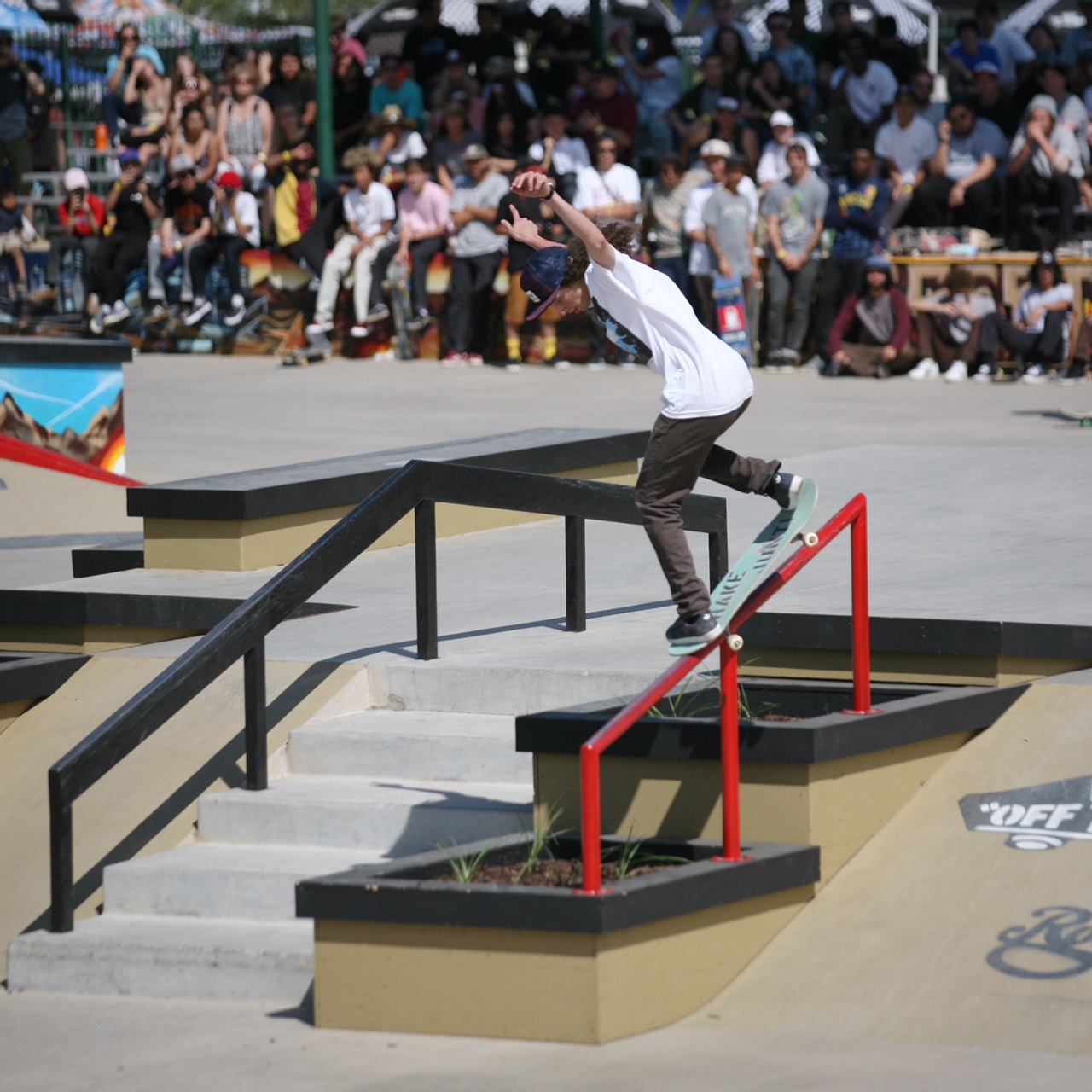 The standout rider of the day came out to PHXAM all the way from Japan and the crowd and the judges agreed he had the best run of Qualifiers and earned himself the Golden Ticket straight to the finals. Here is Daisuke Ikeda's winning Qualifier run filmed by Tim Vasquez

After Qualifiers Saturday it was time to get ready for the funnest night of the year, the official PHXAM After Party presented by Volcom. This year's eclectic lineup consisted of Pyramid Country's Aaron Goure AKA DJ Freako playing jams between sets from Pines of Torrey, Playboy Manbaby, C-Roy, and our headliner Denzel Curry. 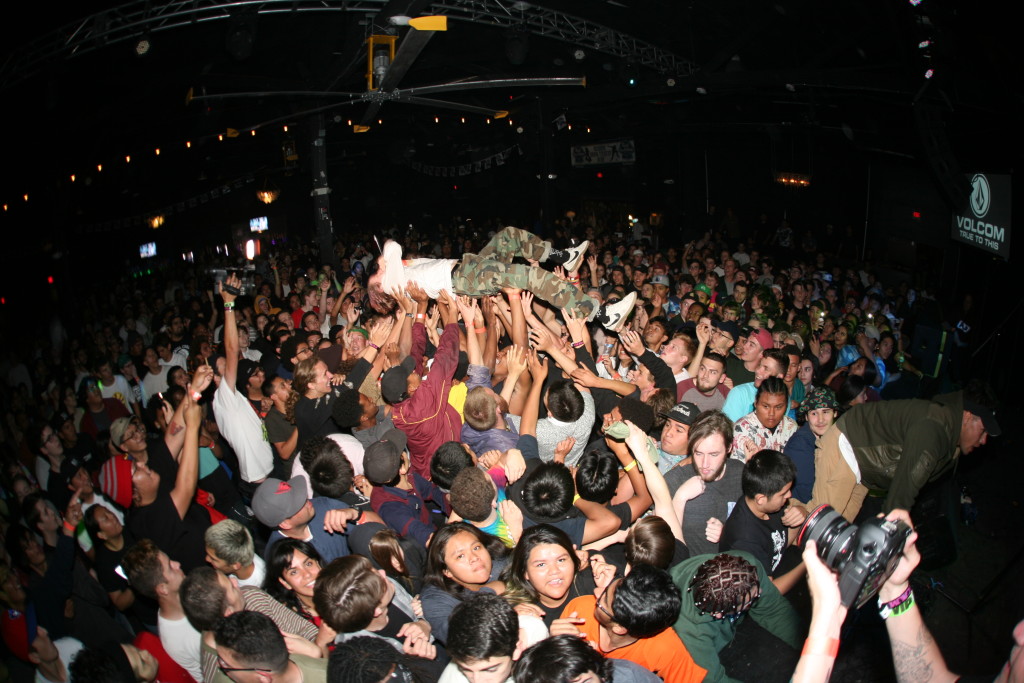 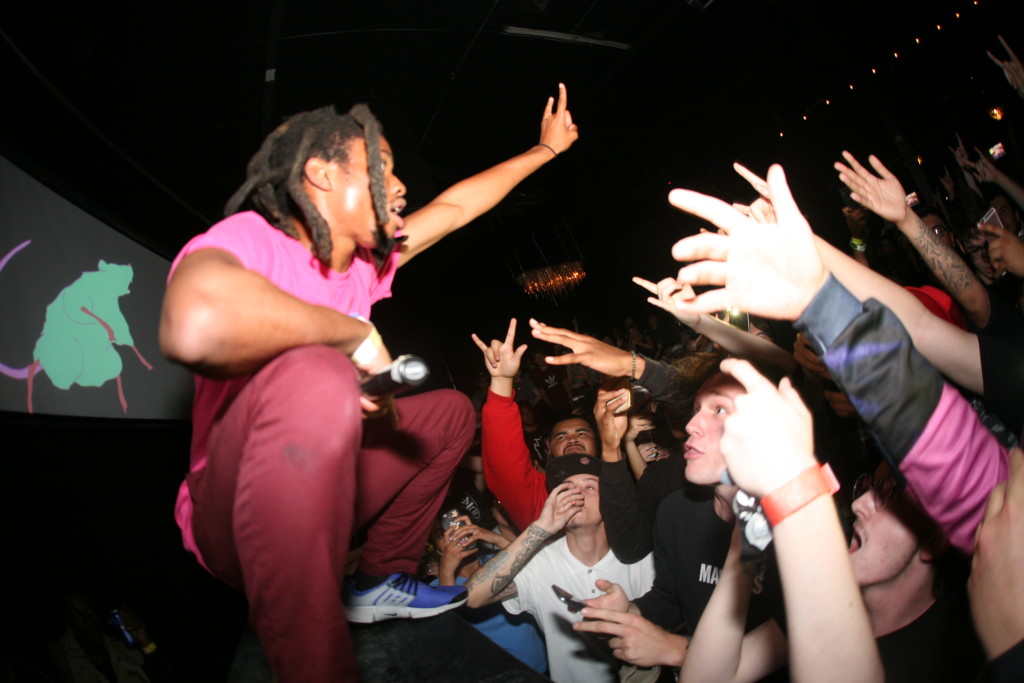 (Top) DJ Freako keeping the crowd beyond hyped throughout the entire night (Bottom) Denzel Curry keeping it ULT with his fans in Phoenix at The Pressroom.Click here for more photos from the night

Sunday morning it was right back to Desert West for Semi-Finals, Finals, and Best Trick where Daisuke Ikeda got to sit back and relax and wait to see everyone battle it out to join him in the Finals. One of those who made it in with him is another young ripper from Japan Yuto Horigami! 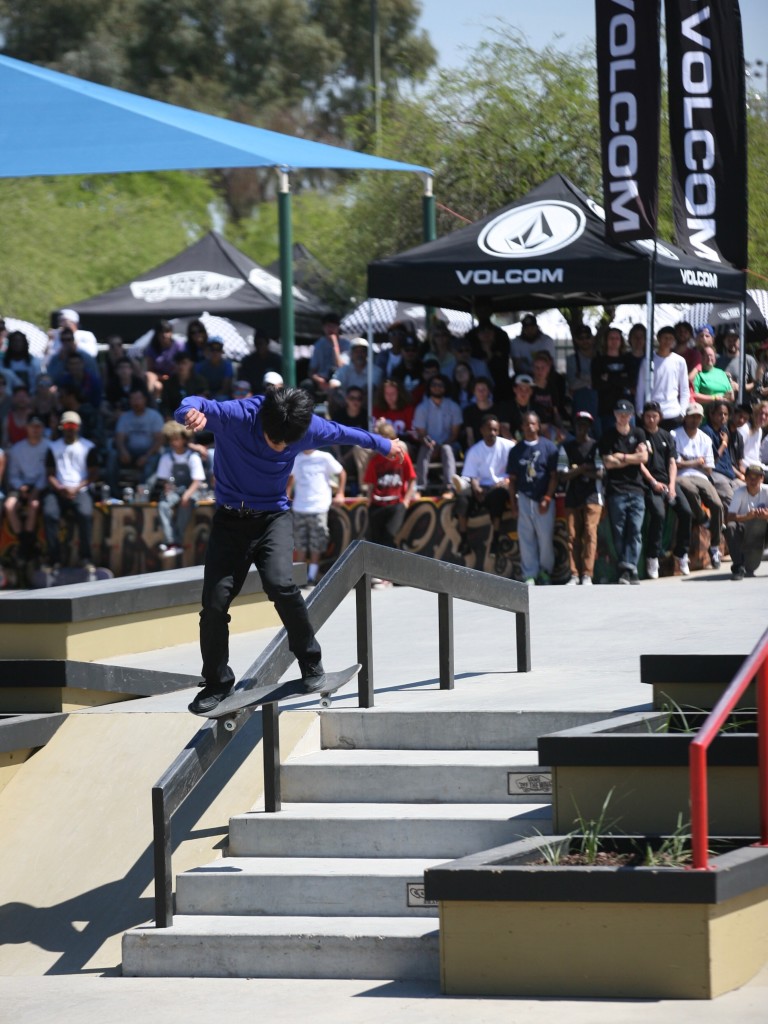 The quality of skating this year was incredible to say the least and after the dust settled it was these 3 standing on the podium. Jagger Eaton from Mesa Arizona in 1st, Yuto Horigami from Tokyo Japan in 2nd, and Ivan Monteiro from Sao Paulo Brazil in 3rd.


For more from PHXAM 2017 including photos, video, and FULL RESULTS head to PHXAM.com
Additional photos courtesy of Thrasher can be found HERE as well as a full photo gallery via The Skateboard Mag HERE

We'd like to thank Colby Carter for the design of this year's course, our build team Josh and John Hawkins, Ben Dixon, and Luis Ouida who all put a lot of sweat into this one to make it one of our best yet! A huge thank you to our sponsors Vans, Volcom, Real Skateboards, Bones Wheels, Bones Bearings, Royal Trucks, Thrasher Magazine, The Skateboard Mag, Pro-Tec, Hex Bags, Stance, Official, and Mob Grip without you guys none of this could happen! We appreciate it endlessly! Another special thanks to the City of Phoenix Parks and Rec and everyone who helps out at Desert West all weekend long and of course everyone who came out to #PHXAM2017 and supported skateboarding. Thank you!